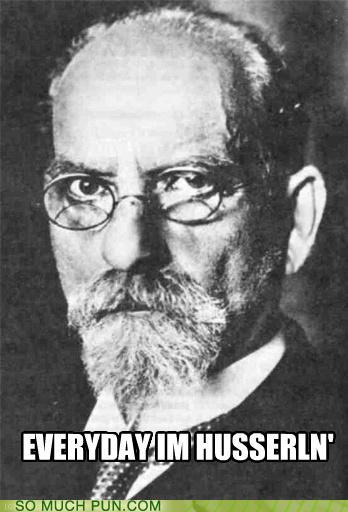 This moment has been coming for a while. My background is in science, and I’m now working in academic development. So in the past when people have talked about theorists such as Bourdieu, Foucault, Derrida and the gang, I’ve struggled to understand. When I saw that Dr Remy Low was giving a talk called ‘How to do things with theory’ , I was so there!

Remy took us on an exciting romp through phenomenology, critical theory and post-structuralism, enlivened by poetry, memes (including the one above) and music videos. Obviously there was only so much he could cover in two hours, but it was a great introduction. His talk has made me more aware of the theory-lite nature of my own research to date. And I’m not the only one. The lack of theory in higher education research has been pointed out several times e.g. Ashwin (2012), Hutchings (2007). A whole issue of HERD was devoted to the topic ‘Questioning theory-method relations in higher education research’.

My research is crying out for it. I’m interested in many different topics in higher education, and making better use of theory will help me tie those interests together and see them in new and exciting ways.

So I now need to leap in and start reading.  My plan is start with theorists who write about education or higher education. My ideas so far include Raewyn Connell, Sue Clegg & Catherine Manathunga. Other suggestions for reading are very welcome.

I know that some of the writing might be difficult to understand. But as a colleague pointed out, statistics is difficult and off-putting for those who don’t have a statistics background.

So here goes. See you on the other side!

On a day when my twitter feed was full of sexism and scandal, I downloaded a new paper by Peter Kandlbinder, called Signature concepts of women researchers in higher education teaching and learning. It’s just been published in Studies in Higher Education, which is one of the gee whiz, gold star, highly ranked higher education journals.

Apart from the fact that the title reminded me of signature dishes of famous chefs, the paper was both useful and shocking. Useful because it draws attention to the contribution of four female researchers in higher education teaching and learning: Sheila Slaughter, Carolin Kreber, Angela Brew and Sarah Delamont. The signature concepts of these researchers are academic capitalism (Slaughter), scholarship of teaching (Kreber), teaching-research nexus (Brew), and postgraduate supervision (Delamont). Kandlbinder also identifies the pathway that each researcher adopted which led them to becoming known for their signature concept: create a unifying concept (Slaughter), publish in multiple journals (Kreber), link two fields together (Brew), and provide advice for practitioners (Delamont). Kandlbinder also notes that each researcher began exploring their signature concept during their doctoral studies.

Now onto the shocking bit: Kandlbinder chose to include a couple of comments from anonymous reviewers, I think on his earlier paper on Signature concepts of key researchers in higher education teaching and learning. One of these reviewers said:

“…higher education [research] is…dominated by the names of ‘seven old men, mostly now retired, who are linked to old concepts, largely generated 30 to 40 years ago with little to recommend them since’.” (p3)

I’m shocked that Kandlbinder included this comment in his paper. While I respect that it is the perspective of the reviewer, and that it might be an opinion shared by others, I find the comment to be harsh and unhelpful.

I’m not saying that sexism in academia doesn’t exist – a recent thesiswhisperer post and associated comments talk about this, and the issue has been explored by many researchers such Joan Eveline in her book Ivory Basement Leadership. I’m saying that comments along the lines of ‘old men, old concepts’ don’t help anyone. Why devalue someone’s work because of their gender or age?

In the Acknowledgements section, Kandlbinder thanks the six (!) anonymous reviewers of, I assume, his paper Signature concepts of key researchers in higher education teaching and learning, which talked about the work of seven male researchers. He says that the reviewers encouraged him to go back at look at his data to find the contributions of female researchers. So that’s fantastic, good on those reviewers. But don’t diss the guys just because they are guys. I’m all for critiquing the concepts – and will do so in my next post on student approaches to learning.

Postcards from the North

True stories with poetic licence. Some are funny, some are not.

Just like the Thesis Whisperer, but with more paperwork

Running errands for ideas at the intersections of economics, org theory, higher ed, and open pedagogy.

a blog of WLN: A Journal of Writing Center Scholarship

research and teaching in digital education

A voice for Australian Educational Researchers

Having nothing to say and saying it: my blog.

Musings about university learning and teaching

You have questions, I have answers!

Helping you get started using social media for learning, teaching and research